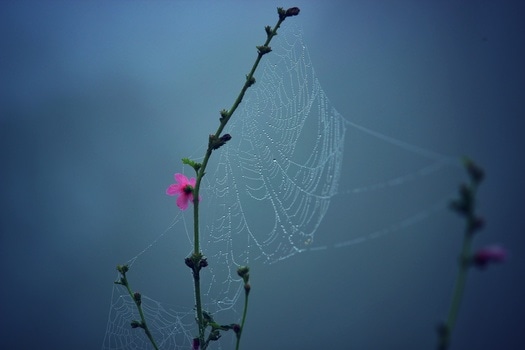 Six years ago, my children and I listened to the audio CD of the familiar tale of “Charlotte’s Web” while driving the streets of our city on the way to school. The voice reading the beloved best-seller was the author himself, E.B. White. Hearing his voice made me feel like I’d heard it somewhere. It sounded New Englandish but I couldn’t place why it was so familiar.

Mr. White’s northern accent made him sound like the kind of man who felt equally comfortable thumping two knuckle-heads together as he would reaching into his pocket and handing candy to a teary-eyed little girl. A little rough, but who could write about tying a bib on a pig and not have an inner-softie?

Who did this voice remind me of?

And then my vision went blurry as I found myself remembering my Grampa Tony or Toe-knee as he signed his notes that I would receive in college that were always attached to some newspaper clipping — clippings of a UNC basketball player with Bill Clinton or articles separating myth from truth in regards to sunburn and such. And he would send some money occasionally, which was a sacrifice.

I’d met him once. My sister and I had decided to cross an emotional divide in our mother’s family by attending our cousin’s wedding in Massachusetts and found ourselves received on the other side of the bridge with open arms.

My dear aunt had prepared my sister and me for the visit with him: don’t be affectionate, he’ll be on his best behavior and he’s really mellowed out as he’s aged. It was akin to getting a pat on the back before being pushed before a firing squad. It was unnerving.

We entered his Polish club. It was dimly lit and I strained to see his face that I’d seen in pictures. There. Right by the door reading his paper. I looked at him as we sat down in the booth. He seemed polite, bemused and a little uncomfortable. 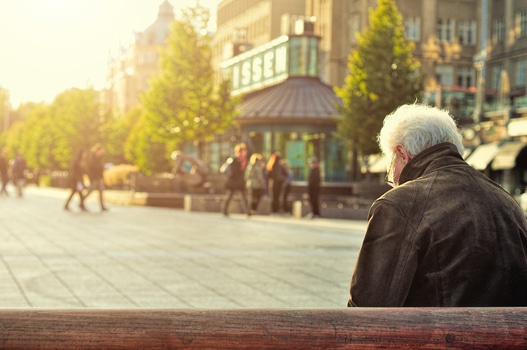 The first words out of his mouth (and I’m not kidding) were “What’s with the uniform?” (pronounced “unifahm”) My sister and I had not brought cool weather clothes appropriate for New England and had to borrow sweaters from my aunt that just so happened to be straight out of a twin magazine: one green/white striped and the other yellow/white.

He asked us about “the boy.” That would be my brother. So far, so weird.

We then asked him questions about his life, growing up and family. All the stuff you want to ask someone for fear you may never have the chance again.As we sat there I consciously tried to memorize his face: the gray hair, the glasses with one frame taped over so you couldn’t see his missing eye, the small thin mustache, the worn blue and gray plaid shirt, the crooked smile.

It’s hard to describe a person you’ve heard so much about, whose life decisions affected the course of your family and whom I might never see again in this life. He gave us some money as we were leaving and posed for our once-in-a-lifetime photo.

I then asked if he had any advice for us. I yearned for some wisdom, some nugget,something to hold onto and remember. Something more than a $20 bill that I would most likely spend at an airport kiosk in a few hours. 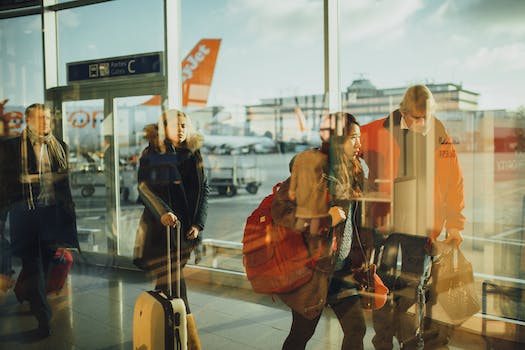 This is what he had to offer after a brief pause, “Take a parachute with you on the plane or some sort of flotation device.” He was referring to the recent Swiss Air plane crash off the coast of Nova Scotia. He then gave us his copy of the daily paper. No hugs. No I’m glad you came. Just see you later.

I did touch his arm as he passed me, just so I could say that I touched my grandfather once.

That’s when I realized while driving down 7th Avenue while listening to the classic tale of farm creatures: I wished old Toe-knee had been a little less like Templeton and a bit more like Charlotte. His life was no barnyard tale: He had hardships, war and painful events — I have no reference for why he was who he was.

In the book jacket of “Charlotte’s Web,” there is an excerpt from a letter written by E.B. White to one of his fans in response to the question if his stories were true, “No, they are imaginary tales … but real life is only one kind of life —there is also the life of the imagination.”

I apply this wisdom and I imagine my grandfather’s warm embrace outside of Pulaski Square. He would smell of Old Spice and he would rub my back right between my shoulder blades. He would pull away, brush a hair from my forehead and whisper while looking at me lovingly, “Never hurry and never worry.”

Recently, on a road trip with my children, we again were listening to the northern accent of Mr. White telling us the adventures of a brilliant word-smithing spider and I realized how much I have learned, grown and found peace with my past and personal experiences.

I used to think my family was the only one with issues and it must be nice to be one of the other millions of families that seemed to have it together in regards to mental health, finances, marriages and communication. Well, guess what — there are no perfect families because they are all made up of imperfect and somewhat-broken people who are all struggling to do their best with what they were given.

There comes a point in your life where you get to decide what shapes you. You get to write your own story. 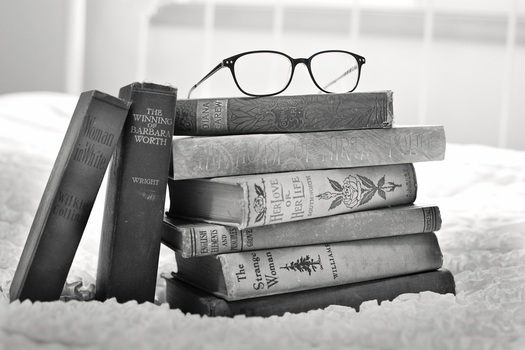 Now, I’m going to pretend that you and I are besties and that you don’t have personal space issues and we are sitting knee to knee and I am holding your hand in mine, looking you in the eye and saying this:

If you had a family situation growing up that was less than you’d wanted (and who doesn’t?), parents that behaved less than acceptable, siblings who made less than stellar choices and you had a family who is less connected, giving, or a million other attributes and you feel like you should have more: more love, more vulnerability, more connectedness, more healthy communication — you’re right. And you can. You can make a change in your own family now or your future family with a little help, some new tools, maybe some good counseling — you can have more.

You don’t have to be ashamed of your past because it’s made you who you are, and that’s a great place to start. God loves beginners. Start from today and try a little harder tomorrow to be a little better. Compounding interest isn’t just for investments — it’s for values and goal-setting and heart-molding, too. Small decisions in a positive direction now can pay out big dividends later.

Any advice, traditions and practices from your family, culture, religion or region of the planet is up for discussion to have access to your future. Someone shared with me a great analogy of going camping: when you are an adult you look at all the positive “equipment” that you’ve inherited from parents and life, all lined up in front of you including items from tents to plastic egg holders. You get to decide what you keep, treasure and honor in order to pass it down to the next generation. You also have the deep responsibility to let go, discard and let free the pain, abuse and neglect so it doesn’t poison one more soul.

I beg you (remember we’re besties so this isn’t weird at all) to get help if you need it: counseling, faith, a good doctor and community supports can all do wonders to help you down the path to a new start and a new beginning.

You can do it. You are not alone and it is worth it. One of my favorite bloggers, Glennon Doyle Melton of Momastery says, “Life is equal parts brutal and beautiful. And/Both. Life is brutiful.” And don’t forget my imaginary advice from my grandfather who did the best he could in his brutiful life,

2 comments on “You can write your own story”